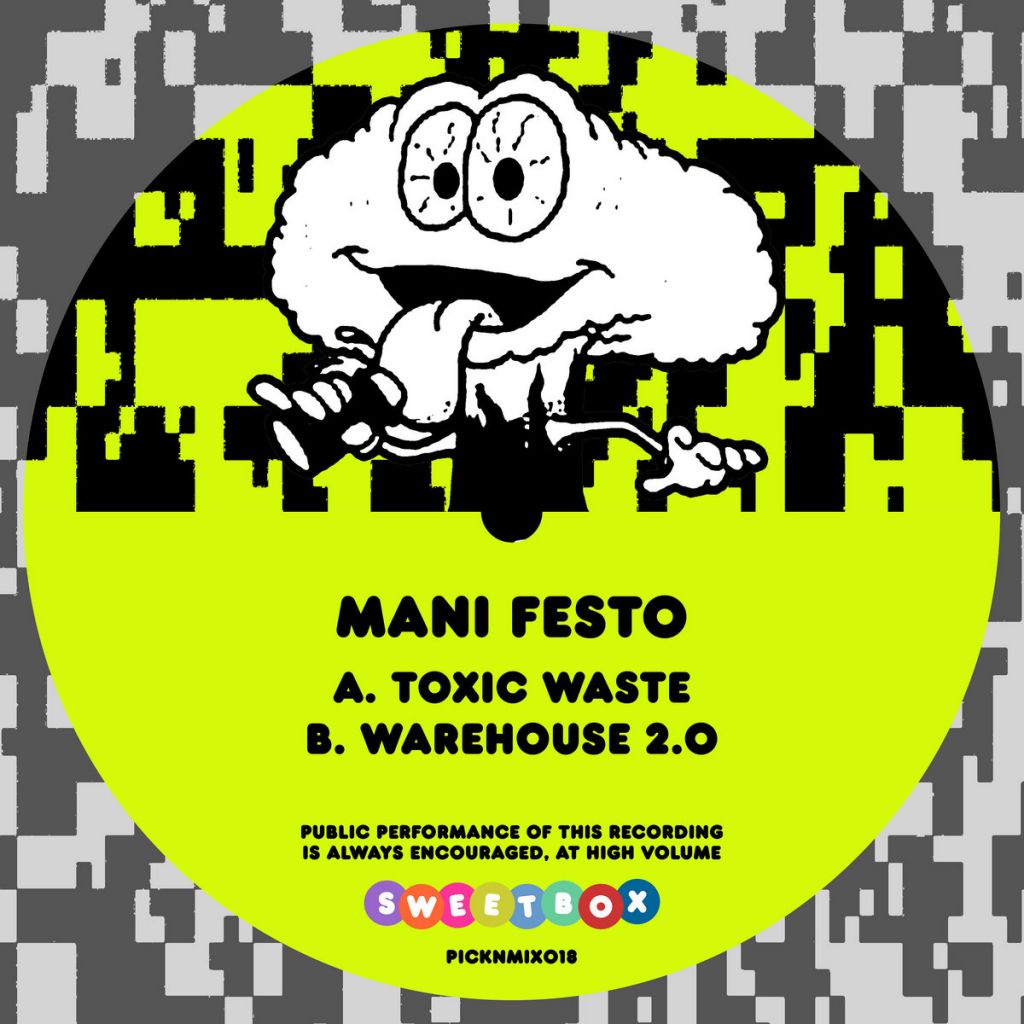 A true man of the moment, Mani’s finely tuned productions are in high demand right now. His catalogue boasts releases for the likes of Rupture, Hooversound, WNCL, E-Beamz and the Club Glow imprint he co-runs with Denham Audio, Borai and LMajor.

His SweetBox debut starts deceptively slow, building up a head of steam via an incessant pulse and faint industrial chug. Once ‘Toxic Waste’ lets loose its slamming four-to-the-floor kick, however, it’s on a one-way train to total mayhem. Blistering breaks burst through the gloom as the track hurtles onwards like an unstoppable juggernaut, finally taking control in the form of clattering percussive carnage.

Flipside ‘Warehouse 2.0’ sees a similar pairing of jackhammer kicks and a chunky breakbeat, this time sliced through by a ravenous acid line that rises and rises, until it threatens to swallow the track whole. Paired with gargantuan, psychedelic arpeggios, as the title suggests, this one’s foaming at the mouth for a warehouse to pack to the rafters.

Another two unstoppable weapons for both the Mani Festo and SweetBox arsenals, ‘Toxic Waste’ / ‘Warehouse 2.0’ will be available on digital and limited edition 10” vinyl (SweetBox’s first 300 pressing) with hand-numbered, screen-printed sleeves. Full release on 30th April.