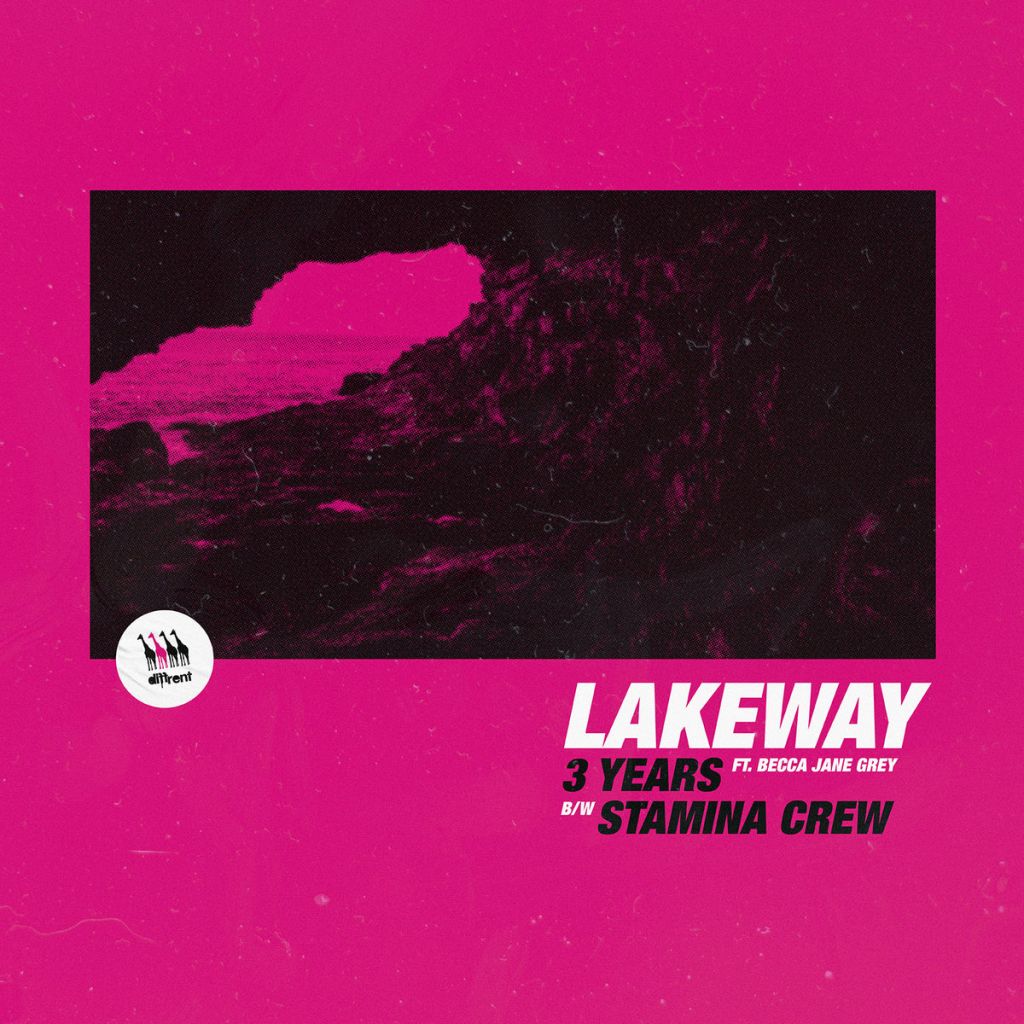 Lakeway’s frenetic sound has been running jolts of youthful energy through the drum & bass underground for the best part of a decade. His bold, hyperpop-adjacent, rave-centric style envelopes everything from hardcore and jump-up, to grime, bassline and beyond.

With his newest addition to the Diffrent Music canon, the Exeter-based artist breaks yet more new ground.

Lead track ‘3 Years’, featuring London singer-songwriter Becca Jane Grey, is an unabashed 808 ballad. Powered by the almighty boom of the classic drum machine and flecked with metallic choppage, it brings together neo-soul, trap and jungle in perfect harmony — mournful string swells and percussive chatter juxtaposing the infinite depth of the low-end.

“The beat basically started as a very standard trap/drill bit, which I then tried to make as abstract as possible to set it well aside from the bulk of tunes in those styles,” explains Lakeway. “Becca was perfect for it!”

Taking the track to the next level is Becca Jane Grey’s soaring vocal. She originally wrote the lyrics for a project with Om Unit, but when that didn’t work out, she put them on ice — until Lakeway sent over a beat she couldn’t resist. Her resolute lament on the passing of time and the loneliness of being stuck inside one’s own head, feels even more timely following the struggles of the past 12 months.

“The lyrics reflect holding onto bitterness and grudges,” says Becca Jane Grey. “When everyone around you is telling you to let it go, and you just can’t seem to move past something, it can feel like you’re completely alone and fully consumed. But there’s a lot more to be lost in wallowing or allowing yourself to stay in those dark places. You can lose a lot of time stuck in that headspace.”

On working with Lakeway, Becca says: “Someone that young probably shouldn’t be as talented as he is! He’s also incredibly patient and accepting of any weird ideas I want to incorporate. His LP is ridiculous and I can’t wait for people to hear it.”

Flipside ‘Stamina Crew’ is classic Lakeway energy, turbocharged by all the experience and influences that have seeped into his style over the years. A silky footwork roller with exuberant steelpan fills, it makes one fact abundantly clear: Lakeway is fully primed for the return of raving.

And when that glorious moment does come, it’ll be the track’s titular, pirate radio call out that helps the dancers keep moving through the night: “Big up the Stamina Crew!”

DIFF047 lands as part of a trio of releases from Diffrent’s core artists Dexta, Lakeway and BrandNewTrumpets, each in some way reflecting the past, present and future of the label to celebrate its 11th anniversary. All three are out 26th March on digital and limited edition 10” lathe cut vinyl. Pre-order from the Diffrent Music Bandcamp from 5th March.