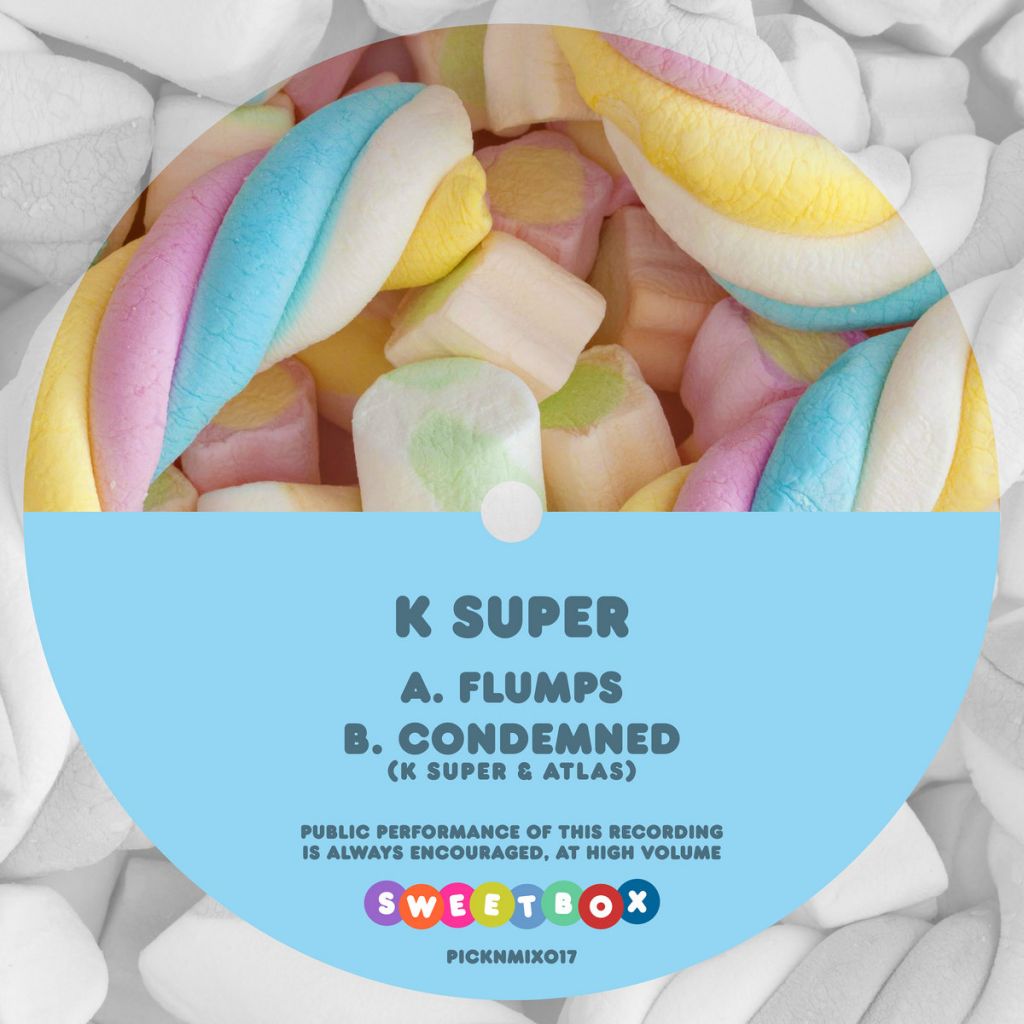 Squidgy, fluffy, soft and sweet — all words that describe the tasty marshmallow treats that front the latest SweetBox release, but a far cry from the two weapons held within.

Pressing the Big Red Button is Manchester junglist K Super, co-founder of the Certain Sounds party and resident for the Ruff Cutz and Pick & Mix Soundsystem crews alongside partner Atlas (who joins her on the flip).

Lead track ‘Flumps’ is pure hellfire hardcore. Full of sneering darkside stabs and propelled by an insatiable break, it was originally produced as a war dub, but after a little more tinkering is now a certified WMD.

B-side ‘Condemned’ offers heavyweight jungle that swaggers and stomps in equal measure, inspired by the likes of Digital and Spirit. Prime your gun fingers for this one.

Having found new purpose in 2020 with acclaimed releases from the likes of Constrict, Luke Sentric and TYPE, these two searing cuts from K Super lay the foundations for what’s set to be another standout year for SweetBox.