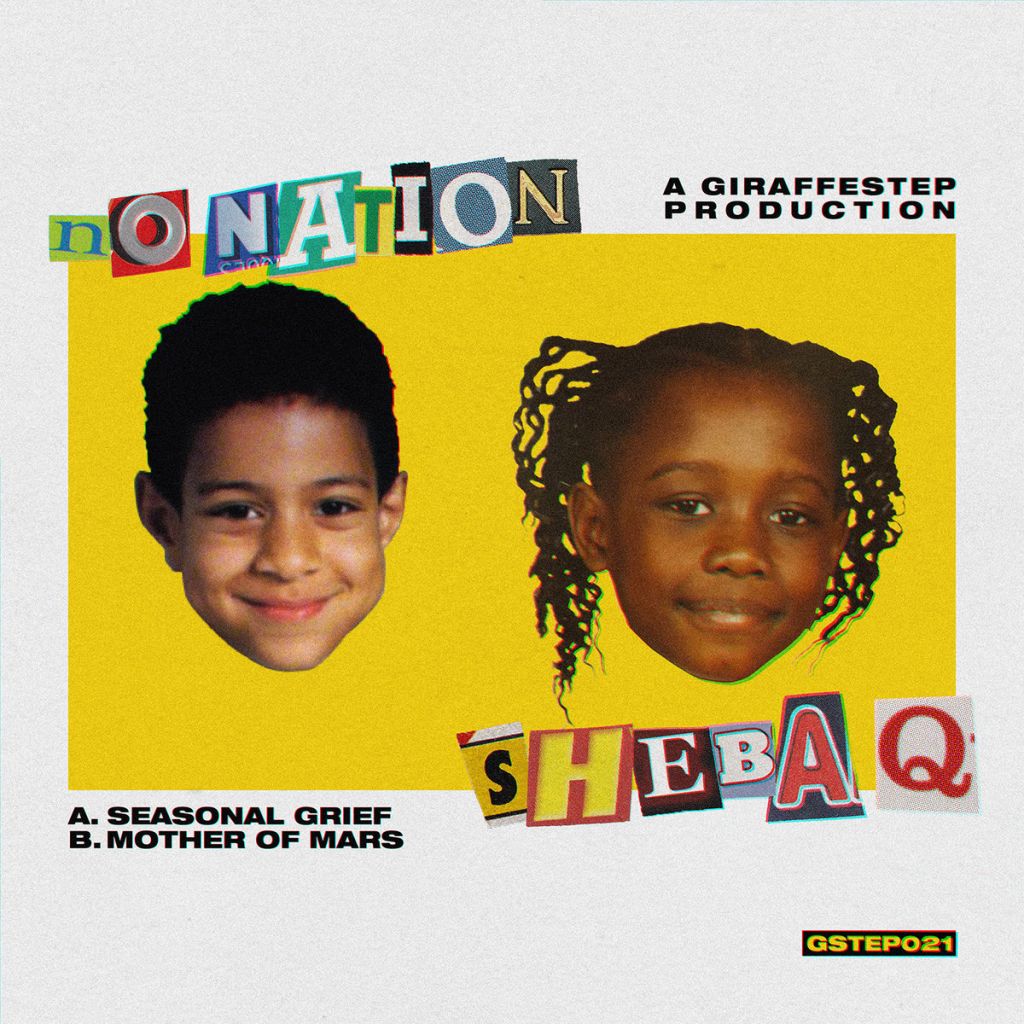 Next-gen junglists No Nation and Sheba Q join the Diffrent Music roster, bringing with them the rebirth of the GiraffeStep series.

An incubator for up-and-coming talent that saw early releases from the likes of Fixate, Lakeway, Conduct and Crypticz, the last GiraffeStep release came in early 2018 with Itti’s ‘Ritual’ EP. Confined to the pages of history since then, a new wave of talent has inspired label boss Dexta and breathed new life into the series. Returning with a new look for 2021, GiraffeStep kicks off with a brace of tracks from two of London’s most exciting rising talents.

No Nation started out spinning soul, RnB and hip-hop at nights across the UK capital, including Vibe London where he held down a residency. Though he’s since moved into more high-energy territory via his Subtle Radio show and Mutuality event, which stormed The Cause in 2020, these sounds still inform his sets and productions.
Sheba Q built her name via her Jam In The Attic events in Brixton. A member of the House Of Hi-FI crew, who are focused on closing the gender imbalance and supporting womxn in d&b, she also hosts a show on Subtle and in 2020 delivered fiery guest mixes for the likes of DJ Mag and Goat Shed.

The pair met a decade ago, while studying engineering at Queen Mary University in London; initially connecting over a mutual love of soul and hip-hop, it’s in jungle that they’ve now found a shared rhythm. At the end of 2019 they decided to focus their efforts on production, and grabbed the attention of many with the searing ‘Too Late’ in summer 2020, which took aim at those involved in the cultural whitewashing of jungle music and delivered a lesson in furious breakbeat science in the process. (A version of this track has been signed to Diffrent’s forthcoming ‘Revolution Of The Giraffe’ LP.)

For their Diffrent debut, the pair deliver two cerebral but propellant cuts. ‘Seasonal Grief’ is swathed in cosmic pads and driven by the infectious groove of funky conga rolls. It isn’t until near-halfway through that a glistening sax drifts through the mix, delivering an empyrean moment, before fading once more, consumed by a voracious beat and melancholy keys.

‘Mother of Mars’ is similarly unpredictable. A familiar harmonica intro is met by the thump and clatter of rolling drums, that all of a sudden give way to an unearthly vocal and ominous bassline, as if summoning the ghosts of the titular, long dead planet. As the track moves forward, the break becomes increasingly fragmented, flinging out chunky kicks and the razor-sharp shrapnel of detonated snares.

GiraffeStep couldn’t ask for a better start to its new life, and the release is an early marker of a year No Nation and Sheba Q are ready to take by storm. Available digitally and as a limited edition 10” vinyl, ‘Seasonal Grief’ / ‘Mother of Mars’ will be available to pre-order on 5th February ahead of full release on 26th February.