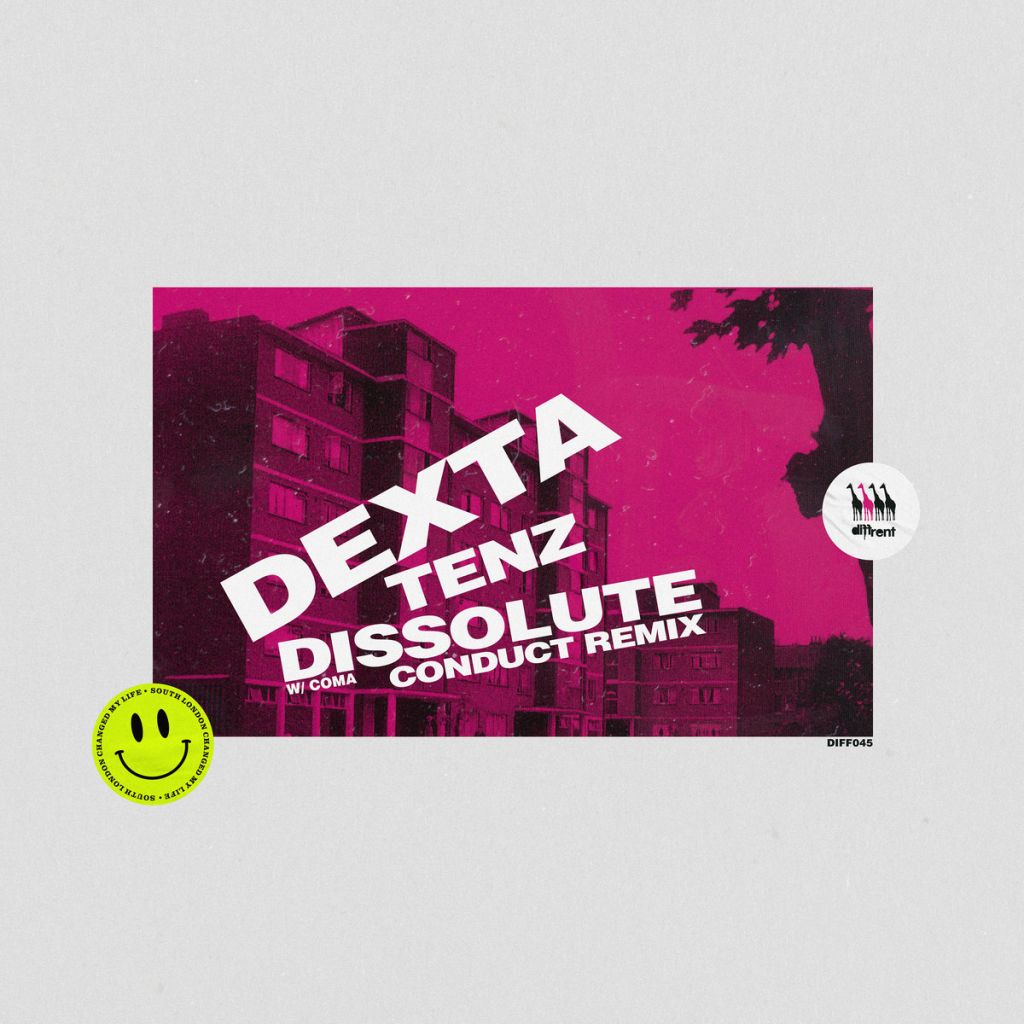 Originally a North London kid, Dexta’s new release is dedicated to the lands South of the River that have shaped his adult life. Brockley, Syndenham, Honor Oak, Deptford. The streets, buildings and sounds that have surrounded him as he fell in love and got married, turned his passion into a career, and found untold new friends and inspiration.

Taking a trip down memory lane, the Diffrent boss unleashes two tracks from the archives.
First comes ‘Tenz’, a dubbed-out halftime chugger with a sting in its tail. Like a Drunken Fist Master, Dexta’s signature wonky style is in full effect, landing a fatal combination of ungainly subs, below-the-belt bass stabs, and the harsh clang of metallic snares. As the track’s woozy elements appear to stumble into each other, they in fact neatly slide together to deliver the knockout blow.

On the flip comes a final hurrah from Conduct, the Blu Mar Ten Music-aligned duo who have now sadly parted ways. ‘Dissolute’, featuring Coma, originally featured on Dexta’s 2015 debut EP, ‘SE4’ — another love letter to South London — as a globular beats cut with a jittery footwork slant and wistful vox. Conduct’s sci-fi reconstruction chops, glitches and repeats like the controls of a malfunctioning spacecraft as it glides through deep space. Long sat as a secret weapon in the records boxes of a very select few, this is one for the Diffrent headz.

“It’s been quite the ride, hasn’t it? Thanks for sticking with me!” ⁓ Dexta

DIFF045 lands as part of a trio of releases from Diffrent’s core artists Dexta, Lakeway and BrandNewTrumpets, each in some way reflecting the past, present and future of the label to celebrate its 11th anniversary. All three are out 26th March on digital and limited edition 10” lathe cut vinyl. Pre-order from the Diffrent Music Bandcamp from 5th March.