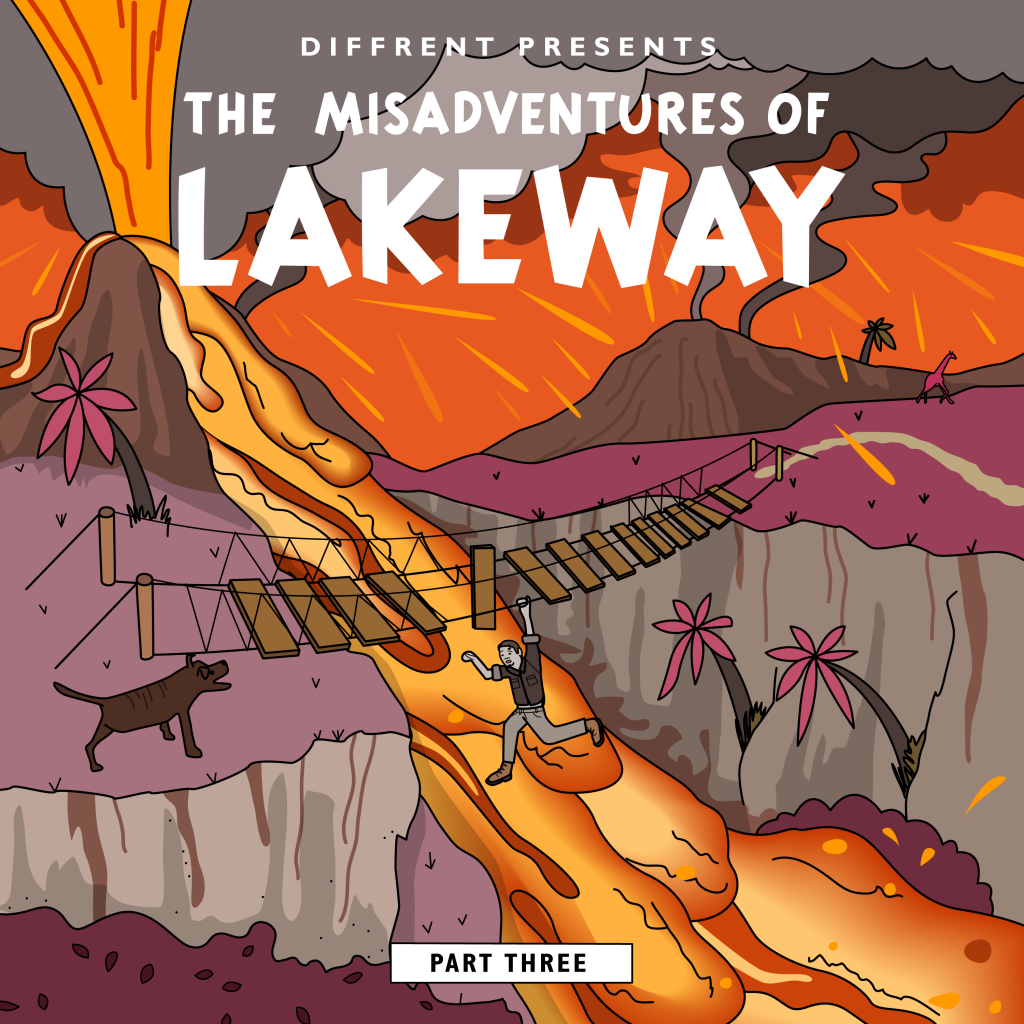 
The Misadventures of Lakeway (Part 3) EP

Lakeway officially returns to Diffrent Music with his new three-tracker ‘The Misadventures Of Lakeway (Part 3)’.

The third instalment of the ‘Misadventures’ series he kicked off on Hospital’s now-defunct Med School offshoot, the EP also marks Lakeway’s first release for Diffrent since 2018’s ‘Storms’/’Borderlines’, and since signing exclusively with Dexta’s label last year.

Picking up where Part 2 left off, Lakeway continues to fuse rowdy club energy with cosmic atmospherics, weaving countless juxtaposing concepts into each track as only he can.

Opener ‘Moan’ paints halftime drum & bass in grime colours, before tearing itself apart with jackhammer kicks and jittering vocals. Finally, in true Lakeway fashion, the second half switches up completely, being reborn as a rave-fuelled monster.

Back home and as on-point as ever, a new era of Lakeway productions begins with ‘The Misadventures Of Lakeway (Part 3)’.