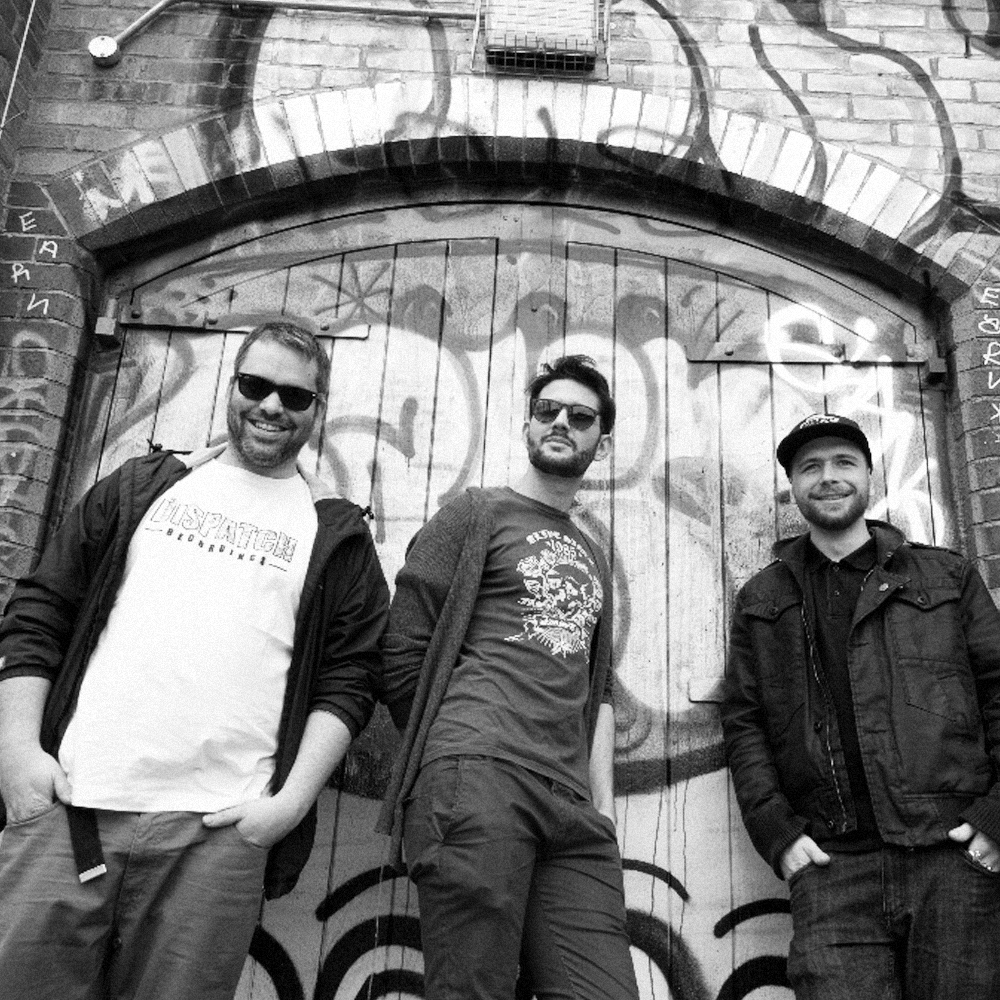 Kolectiv first came onto my radar when Arkaik sent me a couple of dubs of theirs ‘Dog Eat Dog’ & ‘Launchpad’ – wicked tunes. From that moment on I wanted to know this ‘Kolectiv’ act, get them involved, and naturally, somehow it happened! I can’t quite put my thumb on the exact moment that me and Kolectiv collided, but from memory it was mid 2013. We gigged together a bit, and spent quite a few late nights in studio sessions. Collectively (no pun intended) along with Mauoq we crafted up quite a few bits during 2013/14, including our Dispatch Recordings 12″ release ‘The Roots EP’.
Since then, the guys have worked on loads of music, done a few bits for label compilations, featured on many podcasts, played the label nights, and more importantly, released their ‘Immortalis EP’ on Diffrent which was a great record from Kolectiv, showing their diversity as a group.
I’m quite pleased that earlier on this year we managed to sign a bulk of music that the lads have done with Medika, which will be dripping through over coming months, watch out for that very soon! ~ Dexta