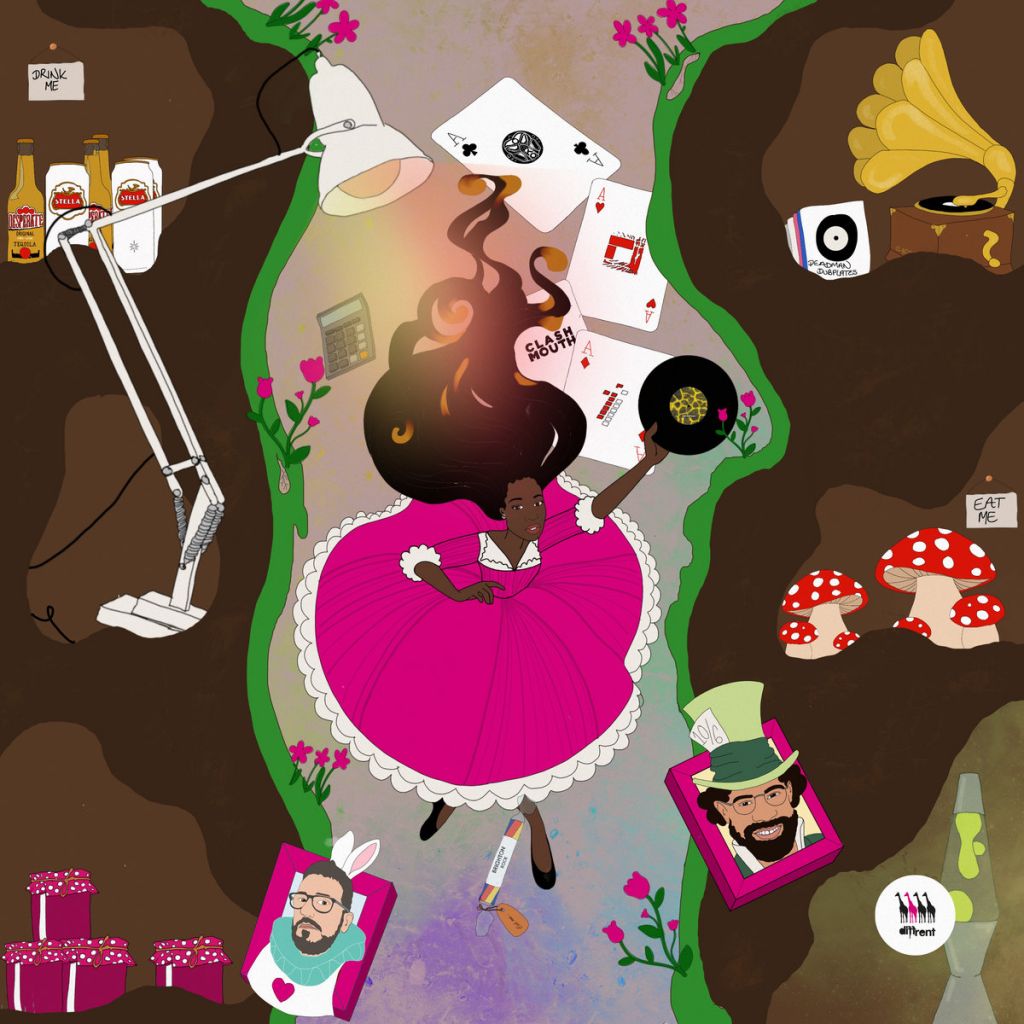 Following their stunning 2021 debut on GiraffeStep, No Nation and Sheba Q step up to Diffrent proper with two more tracks that blend raw breakbeat manipulation with a distinctive jazz flavour.

Lead track ‘Breaking and Entering’ sees Sheba Q further explore her singer/songwriter capabilities, delivering a mournful earworm about loneliness and feeling lost in the world. Set to fizzing melancholic chords and the growing clatter of a drumfunk beat, the track goes supernova with a final crescendo of cosmic acid wonder.

Drawing from classic East and West Coast hip-hop, ‘It’s U’ brings off-kilter keys, gossamer pads and a wobbly synth line, with a sturdy step that grounds the track even while it has its head in the clouds. It makes for a psychedelic listen, and at times an uneasy one, but above all the quirky, playful production delivers an unquestionable sense of fun.

The release also comes with a remix of last year’s ‘Seasonal Grief’ by hardcore and jungle/drum & bass legend, Justice. Bringing the tempo down and adding copious amounts of swing and dubbed-out bass — while keeping the signature cosmic saxophone intact — the Londoner lends more than a touch of halcyon rave aura to the much-loved original.

No Nation and Sheba Q continue to skyrocket in the modern jungle scene, from sets at Rupture to shows on Berlin’s HÖR Radio and many more clubs and festivals in between. The pair are a shining example of new-gen artists driving change and originality, yet still learning from and paying homage to the genre’s roots. DIFF048 features special artwork by Deadman Designs paying tribute to some of the mentors and moments from their journey so far.