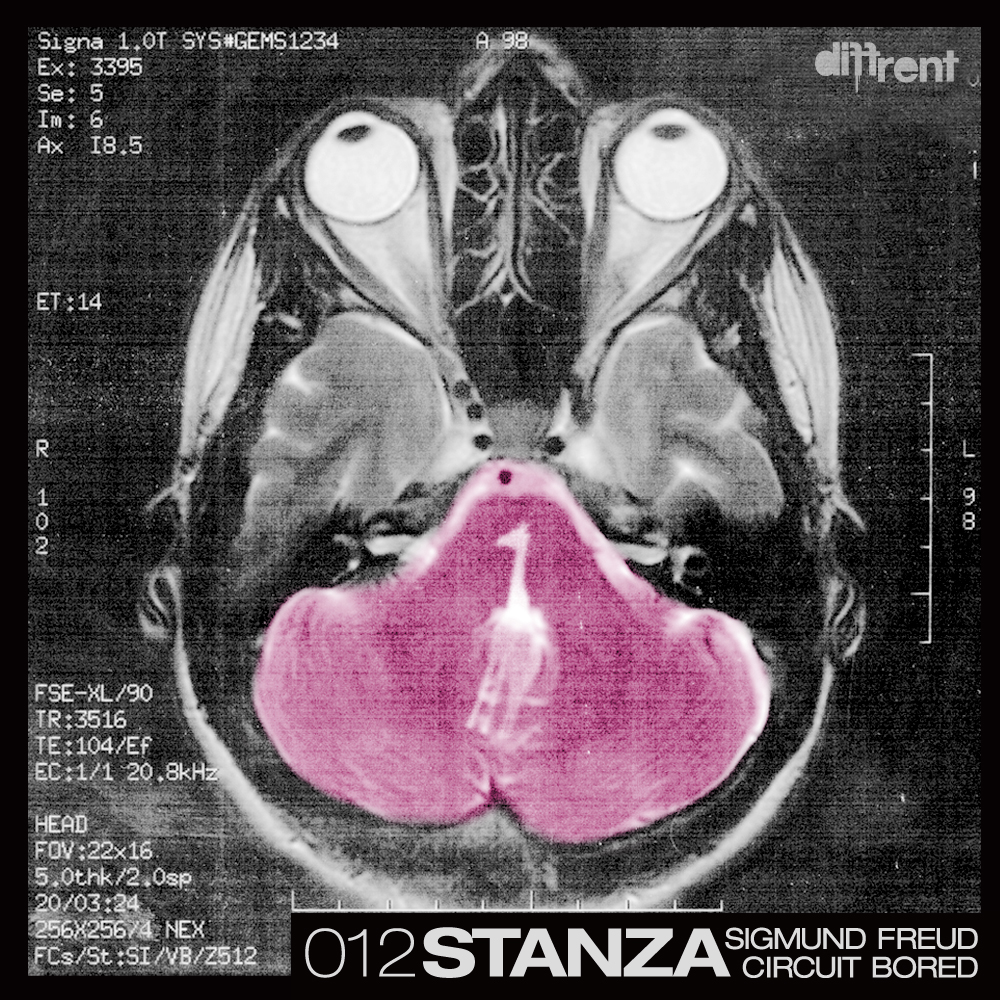 “While the whole world were stuck in a frantic moment of trauma, the late ‘Sigmund Freud’ had been conducting experiments alongside Stanza down in the west end, while people generally passed by eating their subway and looking out for cracks in the floor. A long while later (approx half a giraffe year) the computer that the impossible duo were using to host all their journals, analysis and data collection started to get tired, and bored, so decided to blow up into 8 pieces. This was enough inspiration for Stanza to realise that all this work with the computers and aliens from antarctic, that he would go on to create a really wacky track which was made from a load of old computer parts tapped with different tools, and call it the ‘Circuit Bored’ – it was time to dance! ”

Diffrent Music has always been about more than does-what-it-says on tin drum & bass. For its 12th release, Diffrent is showcasing the wildly original sounds of talented Birmingham producer Stanza with his single ‘Sigmund Freud / Circuit Bored’.