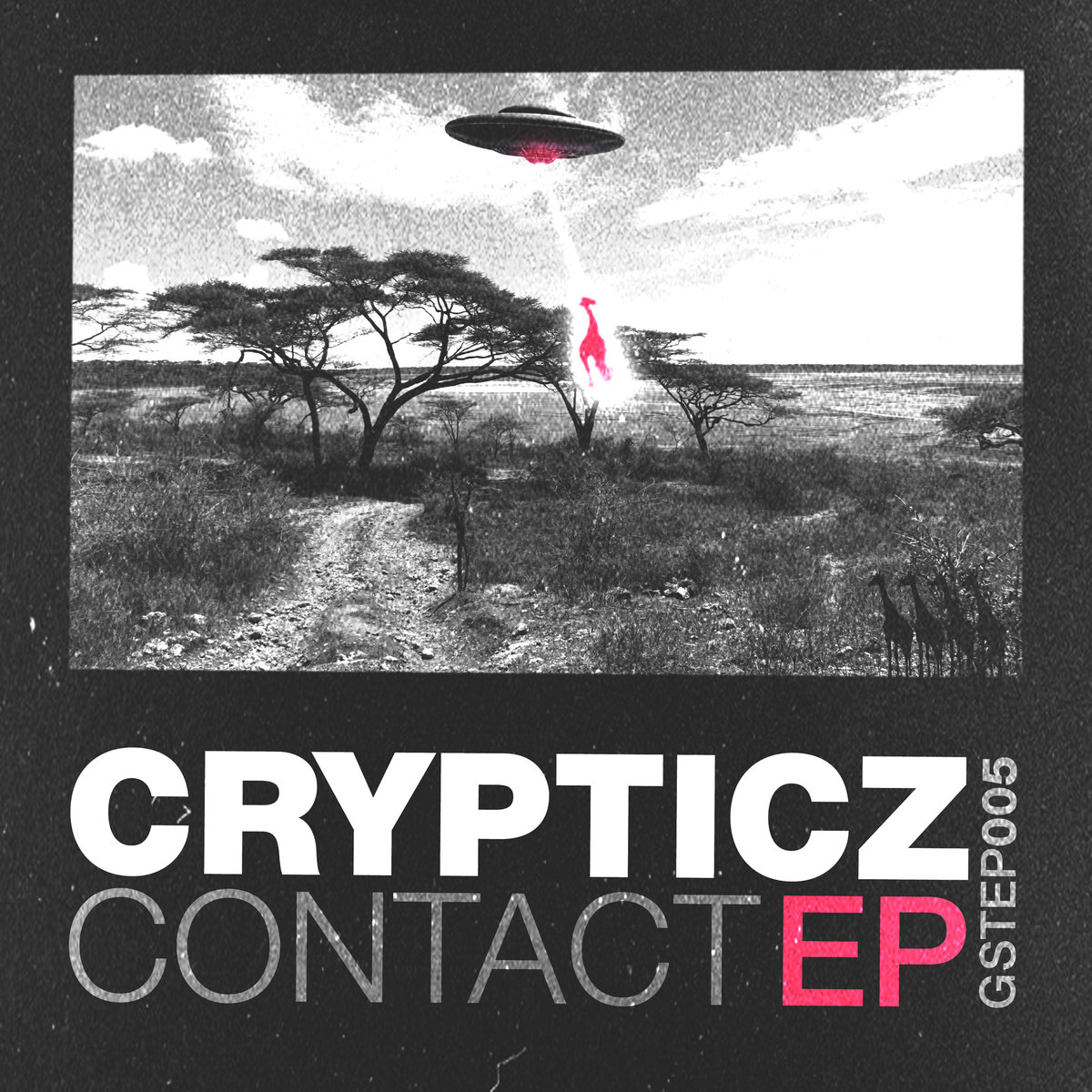 “To kick off the new year, we’re adding to the GiraffeStep series with a release by SW England’s Crypticz, and to follow suite with DIFF005, we’re dropping it as an extended player. Four track’s built up over the past year compiled, mixed and mastered into the “Contact EP”.

‘Get Back’ sets the mood off sonically, with some almost dubstep groove thrown in along with Crypticz’s footwork influences. ‘We A Dem’ is the closest this EP gets to the dancefloor with it’s bass driven pulse groove and cheeky acapella chops. The third track is a collaboration, ‘Shift’ with Lakeway (who’s got some music lined up later on this year with the label) ­ shows off a seriously stripped back skeleton with moody bass, vocals and atmospherics. The EP is closed down with a lazy melodic and bassy number called ‘Promise’ (totally late night vibes on this one!).”