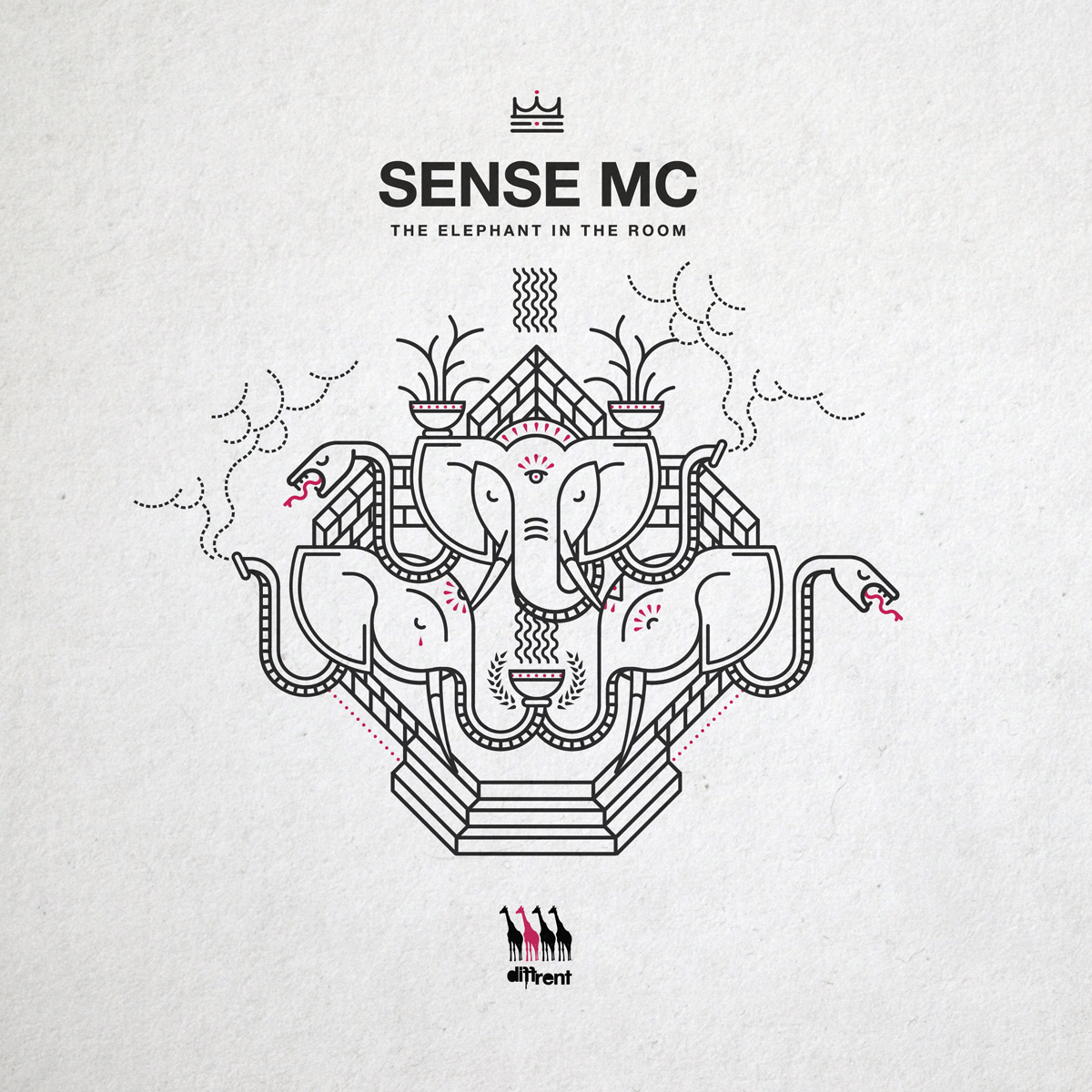 ”It only took just under four years to complete, but the collaboration between D&B’s wordsmith Sense MC and London based record label Different Music is finally completed. #BuyTheAlbum has been the hashtag for the last three years, via random outbursts on the GiraffeCast, and since then Sense MC has collaborated with a whole load of label crew and producers from his past throughout the scene. This 10 track sonic journey, containing a hidden secret or three is entitled “The Elephant In The Room” and is not only a Drum & Bass album but fuses influences from Hip-Hop, Soul, Broadway, Jungle and pretty much everything in between.

Some words from Sense… “Thank you & love to Dexta (the man with a plan), Leonard for being so pink, ALL my friends who contributed their Art to this project on a promise of bags of crisps and eternal glory! My Mum, Dad & Peach for looking after me and putting up with my shit. Breaker & Bill for being my brothers in this. Fybo for generally being a genius and also crafting my beautiful artwork. Bob the sound mastering wizard for his stroke of genius too, which was making an album that had been made over 3 years on 4 continents sound like it was made in the same room on the same day. Masterstroke. Tom Coma for letting me record vocals in his house. I’d also like to thank everyone who has supported me and Fathom throughout the last 15 years. You’re beautiful and I made you this album with my friends. Hope you like it.”

We sincerely hope you enjoy listening to it as much as we have enjoyed making it. It’s been a lot of work of course, but the end result has been nothing but positive and borderline overwhelming and we appreciate you all.

Love from Sense, Dexta and all of the Giraffe Squad x