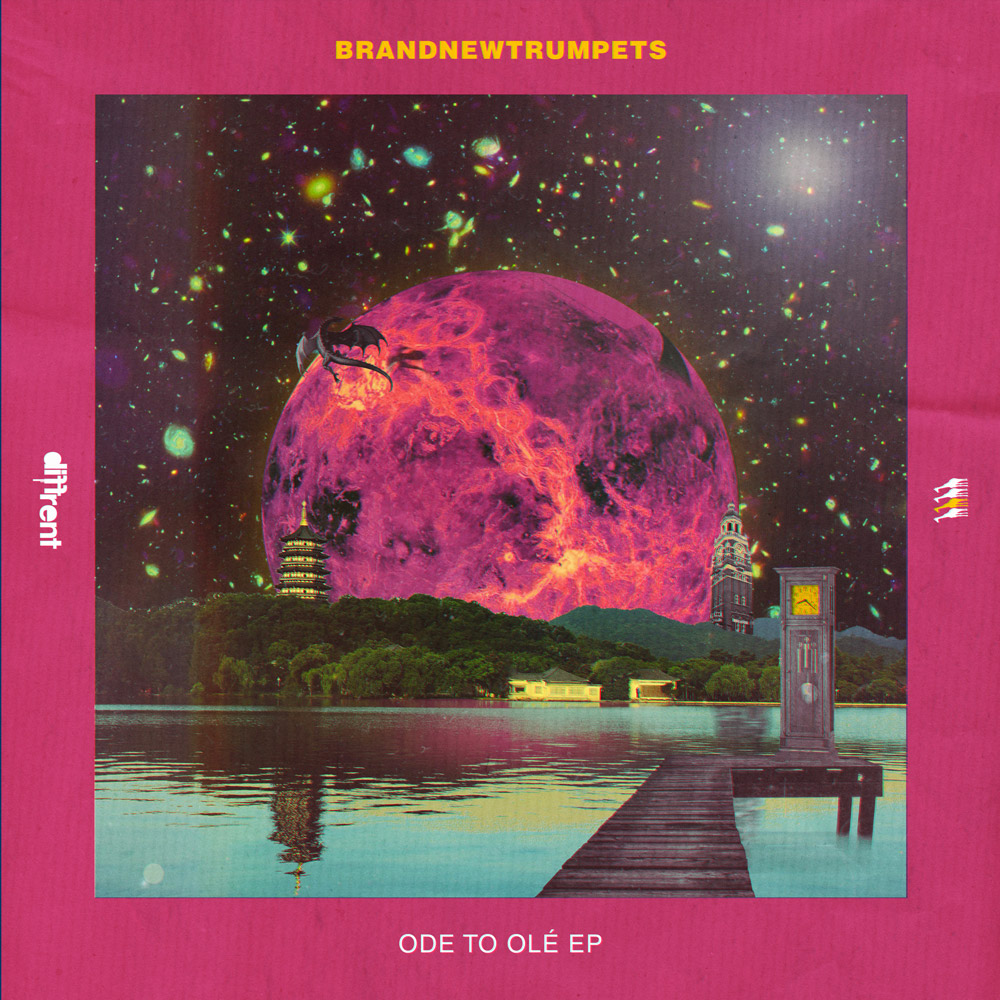 
THE DEBUT EP FROM BRANDNEWTRUMPETS!

Next up on South London’s Diffrent Music comes the debut release from exclusive new signing, BrandNewTrumpets.

It was tragic circumstances which brought about a chance meeting between BrandNewTrumpets and label boss Dexta, but they say every cloud has a silver lining, and the result here is a collection of the most tender, cinematic and charmingly quirky music ever released on Diffrent.

From the downtempo ‘FM Frequencies’ through the halftime, triplet-fuelled ‘The Lost Empress’, and the increasingly sinister ‘Ticking Dragon’, it’s an EP filled with swathes of lush, cosmic pads, minimalist percussion and breathy vocal accoutrements.

Though the likes of Synkro and Consequence during the height of the Autonomic era provide seemingly obvious reference points, BrandNewTrumpets has arrived at her sound independently of that movement. Instead, her love for more traditional jungle/drum & bass can be heard in the breakbeat flashes of ‘Pranayama’ and moody subs of the title track, the result a swirling concoction wholly unlike previous iterations of either style.

Named for a 1961 release by legendary jazz musician John Coltrane — BrandNewTrumpets is a keen follower of the genre — the vibe throughout the ‘Ode To Olé’ is heady and emotive. Though perhaps not as overtly chaotic as the iconic saxophonist, there’s a pronounced idiosyncrasy to the production — structural shifts, switches in vibe, sudden left turns — that speaks of a similarly free-wheeling mindset.

What’s clear across all the tracks is BrandNewTrumpets’ innate sense of musicality, penchant for treading unknown paths, and ability to infuse every heartstring-tugging, head-nodding moment with a wondrous sense of curiosity and sensitivity. Diffrent Music is proud to welcome her to the family.

BrandNewTrumpets’ ‘Ode To Olé’ EP will be available digitally from Friday 25th October, alongside a limited-edition, double-sided 7-inch run of the title track, complete with a high-quality digital print of the artwork.