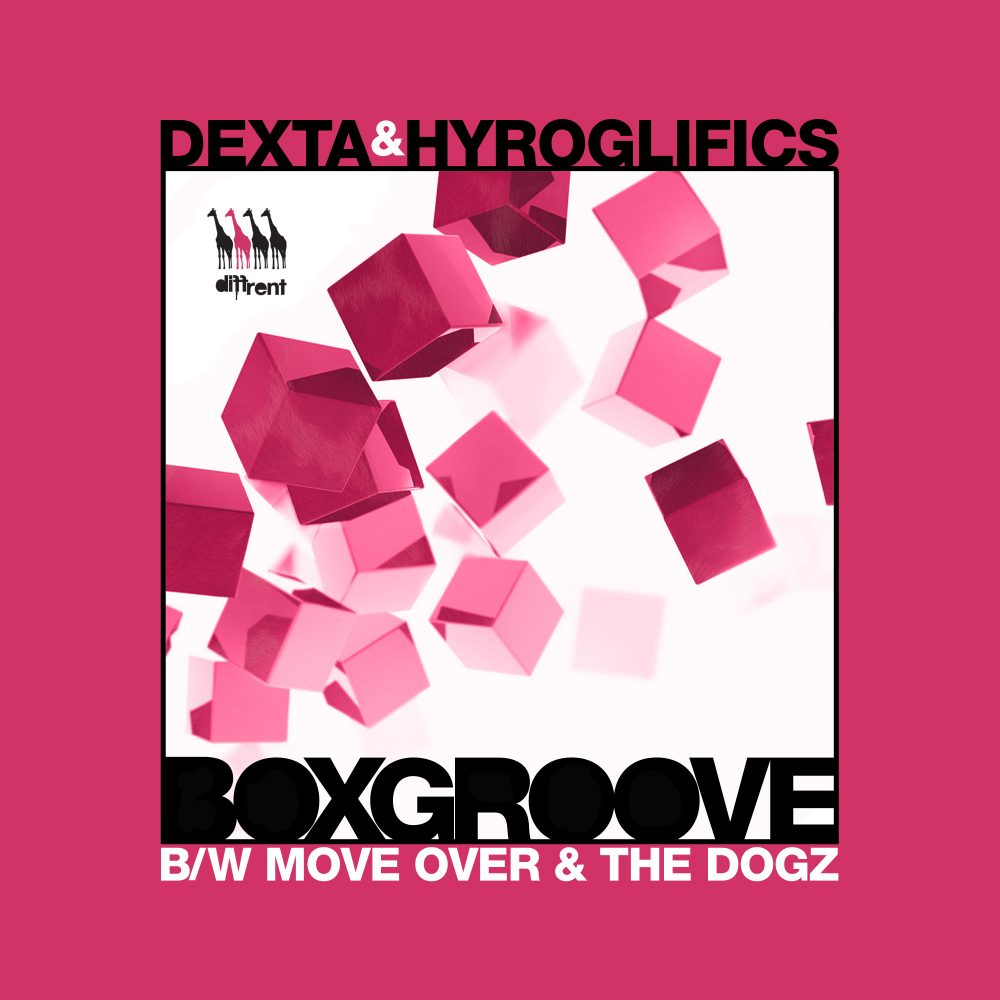 “Following the ‘Evolution Of The Giraffe LP’, Diffrent Music shows early signs of evolution. The first release of 2014, a ‘Fusion Single’ format release where Dexta & Hyroglifics come together, each with a solo offering and a joint effort for the title track. ‘Boxgroove’ is a punchy, half-time dance-floor designed GiraffeStep mover, featuring loads of nosies from the Roland MC303 Groovebox, and slow/fast drum patterns that make that neck crack. ‘Move Over’ is Hyroglifics entry to the Pink Giraffe label, a Hip-Hop swag style anthem that brings out the meatiest bass face you’ve ever performed. ‘The Dogz’ titled as it was initially made just for people that look like dogs, is Dexta’s first ever solo effort, and keeps it rolling all the way through for a slice of his take on ‘giraffe-jungle’.”