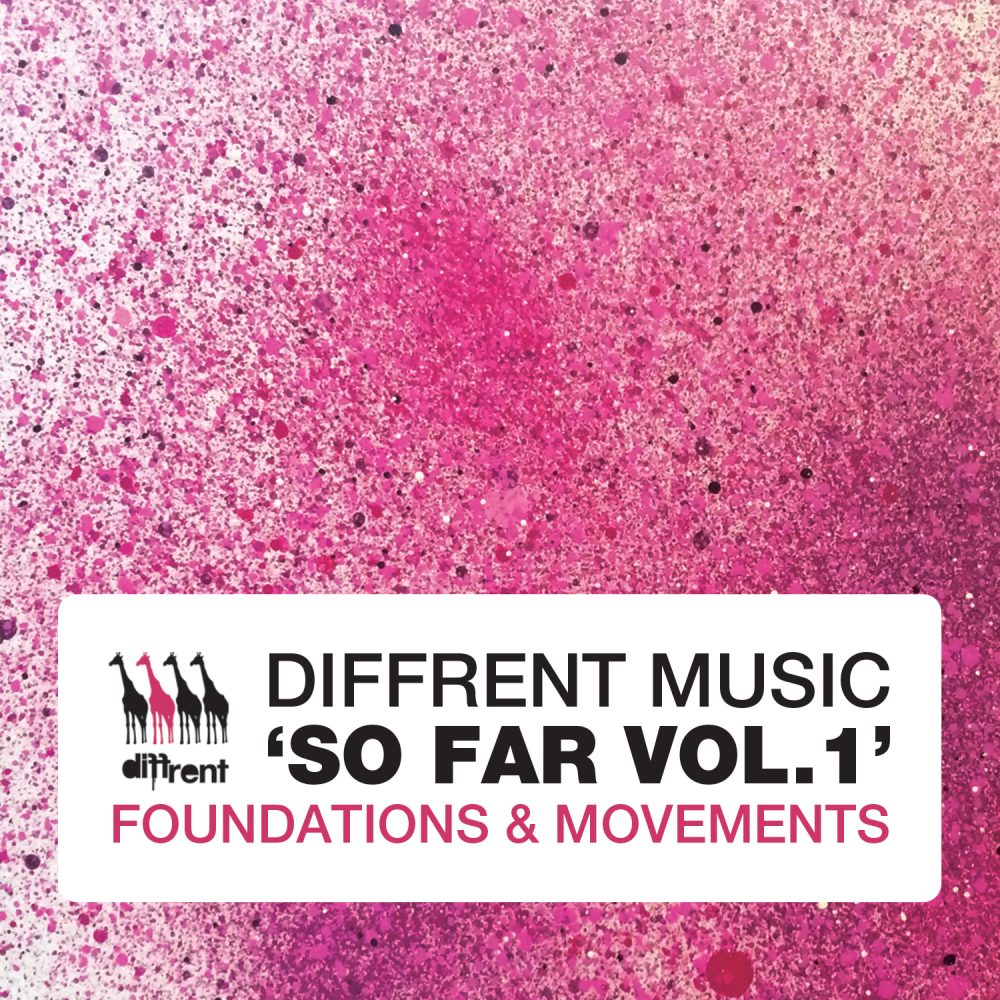 “Diffrent Music, So Far.. Speaks for itself really, this brand new vinyl series brings together a handful of carefully selected tracks that until now have been available only as digital downloads. This is the first offering, and a whole lot of love has gone into making this product a real milestone for the label.

The A side, titled “Foundations” brings together two of the original Diffrent Music artists, with their debut single’s title tracks; Jekyll – “Drainpipe” slimy and clogged up with bass as you can imagine, now remastered and cut into the analogue realm, along with Arkaik’s 2010 “Stress Relief” which has always been way ahead of its time. The flip-side, “Movements”, carries two slightly newer productions, Dexta & Hyroglifics “Boxgroove” which caused a lot of damage earlier in 2014 now sounding double thick cut deep into the vinyl grooves, the last and by no means least track is Fearful’s 2013 “Tongues” – Not only was this one of the most popular track’s that’d ever seen the day of light, but it’s also one of the most experimental yet dance-floor jams we have to offer. Everyone involved is truly proud of this record and we all hope you enjoy it as much as we have over the past 4 years or so! ”