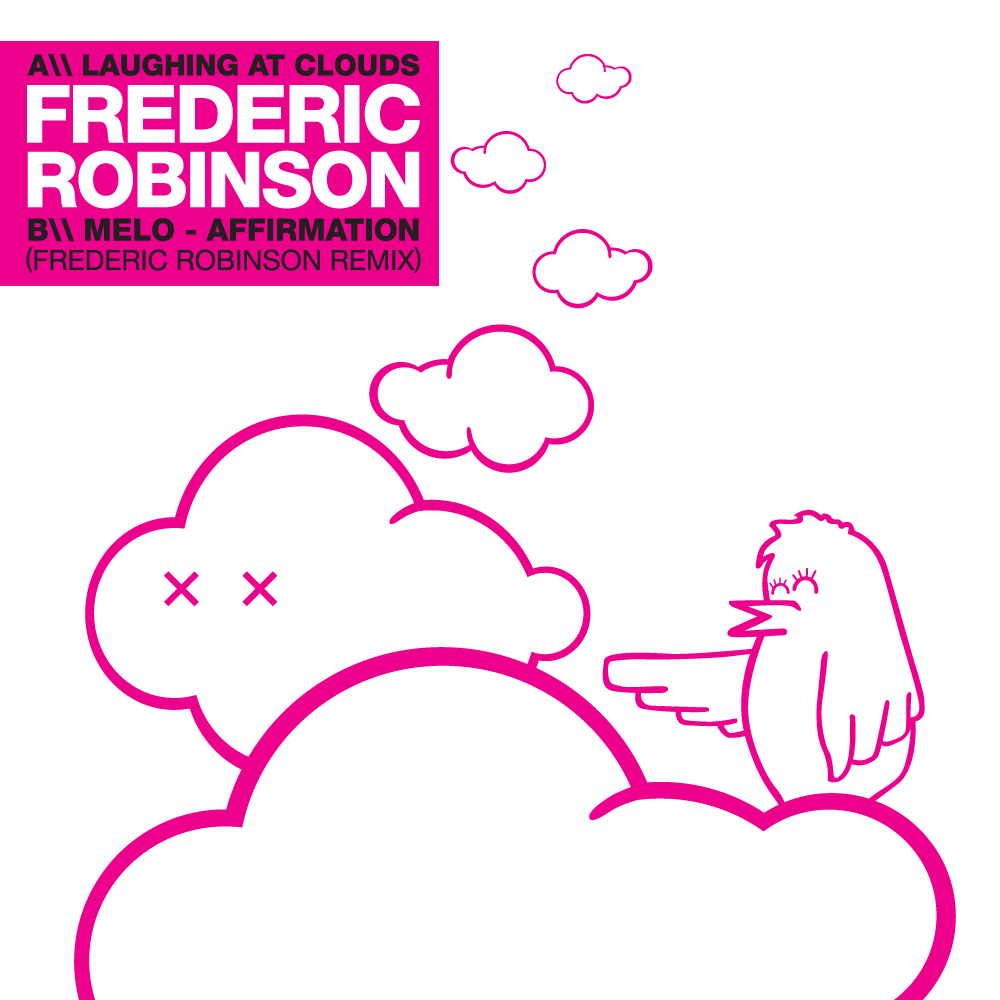 Somewhere over western Europe, an un-identified falling object crashed landed causing a massive bang, and a ginormous Banana shaped smoke cloud. Frederic, a local artistic young chap was so inspired by this hilariously funny giant cloud that covered the whole sky as far as he could see; he ran indoors to take cover, and wrote a little summer step d&b beat, called ‘Laughing at Clouds’ – which seemed to draw a lot of attention. Out of the studio window, Frederic could see what seemed to be a pink giraffe giving it some serious head-nodding action. By the second drop Leonard (The pink giraffe) was dancing so heavily that he caused a small tremor somewhere over in the states, where young up & coming producer Melo seemed to pick up the transmission. While in his sonic laboratory he managed to transfer his latest project (Affirmation) through the current, where Frederic decided to make his first remix project, which pretty much made Leonard pass out after all the summer stepping…”