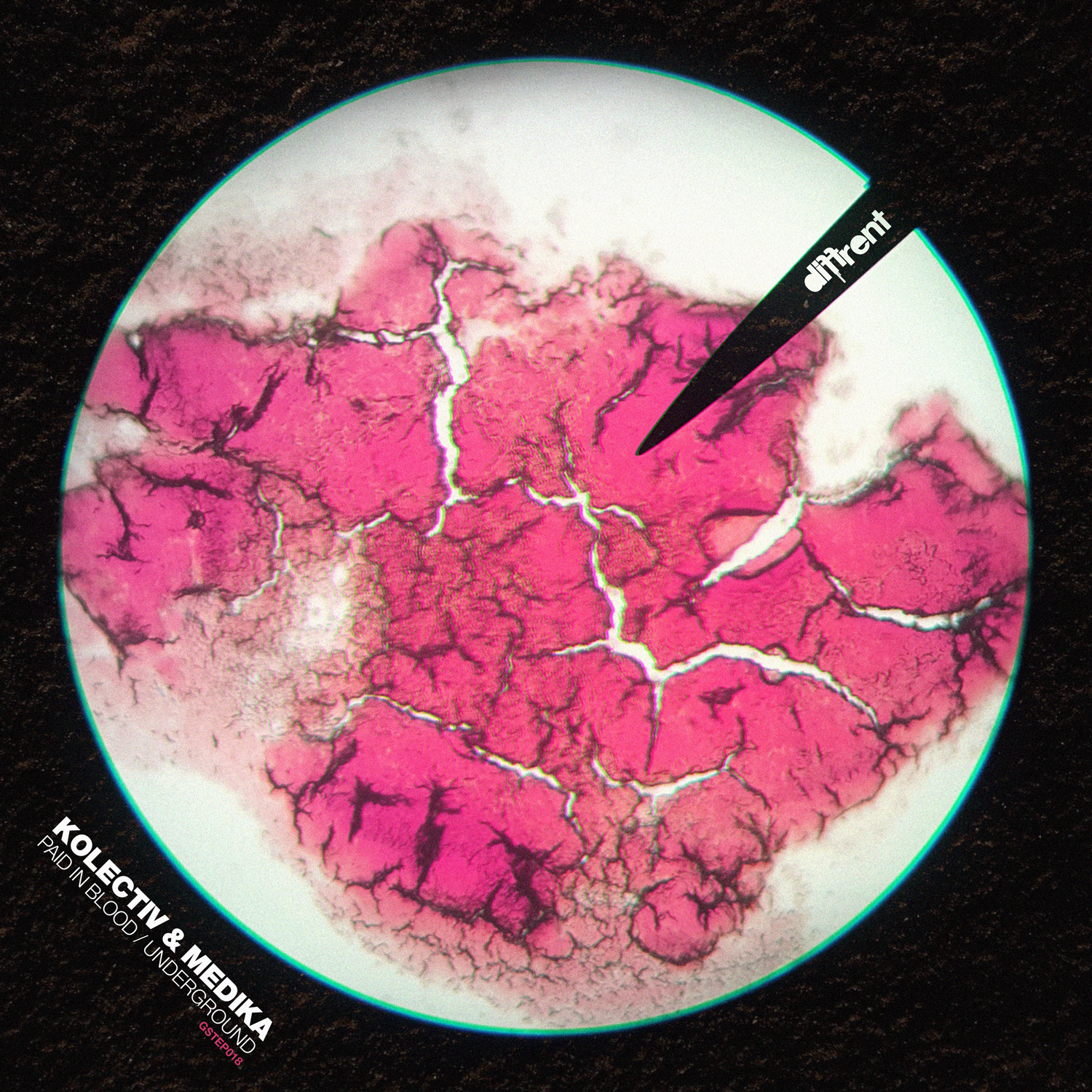 “Kolectiv & MEDIKA, two names who’re no strangers to the Diffrent family. The former, return to the camp with their first artist release on the label since 2014’s ‘Immortalis EP’ and the latter, a debut appearance from Bristol based Medika, experimental Drum & Bass producer who’s been on the promoter circuit for quite some time, supporting Diffrent from early.
The team here have put together their signature styles and fused into a no filler single with loads of underground vibes, half time energy and sinister themes that both artist’s are know for.

‘Paid In Blood’, the more hyperactive of the two tracks touches down on footwork-esq rhythms, bashful beats, pulsating bass and pitched vocal chops… ‘Underground’ visits a more sub-low, crunchy bass, halftime eire atmospheric soundscape. Each carrying their own charm, both complimentary of one another yet totally different in character.

This single is just a little taste of what’s to come from the pairing, there’s more in the pipelines coming next year, so keep your ears to the ground!